Are there really voters out there who are still undecided?  Debate viewers at Montgomery Inn weighed in on Round 3 of the third and final 2012 Presidential debate, directly contrasting most post-debate media coverage.

The summary of Monday night’s final presidential debate on foreign policy between Mitt Romney and Barack Obama could go something like this – Romney looked and sounded presidential, has momentum, and an agenda.  He articulated it well.  President Obama has a record from the past four years that he can’t defend and has to lie about.

End of story depending on who you talk to – or which pundits you hear afterward.

A huge, early arriving crowd showed up for a debate watch party at Montgomery Inn to celebrate with special guest Anthony Munoz.  With the lure of free food and a presidential debate, it had the festive atmosphere of Super Bowl to conservative political junkies.  With the renowned Cincinnati favorite serving ample food and warm hospitality, debate watchers had reason to be in good spirits.

Swing state supporters were energized and excited, although prior to debate time, several expressed nervous anticipation on Romney’s behalf.  One supporter expressed her wish to give him talking points, debating tips, and coaching.  Some expressed their concern about the outcome and possible aftermath of the debate.

I’ve previously held the belief that debate watching is more of a solitary pursuit, but conversion is possible – watching with a group was an enjoyable experience.  Commiseration during the stupid points, friends, acquaintances, and the like-minded to celebrate the highlights and share frustration, topped off with great food and conversation – there is much to recommend it.

There is also the added benefit of a room full of fact checkers in real time.

With two weeks to go before the November election, the gathering was raucous and vocal, hooting and hollering.    The room frequently erupted in cheers and boos, laughter and shout-outs during the debate.  Comedic timing lent a humorous outlet during some of the more stressful moments, especially Obama’s ongoing “fact gaps”.   The cheers for Romney’s points were ear-splitting while corrections to Obama’s perceived misstatements and record were rapid and ruthless.

A crowd favorite was Obama’s patronizing response to Romney’s criticism about cuts to the Navy’s budget, resulting in the Navy being its smallest since 1917:

“Governor, we also have fewer horses and bayonets, because the nature of our military’s changed. We have these things called aircraft carriers, where planes land on them. We have these ships that go underwater, nuclear submarines.”

According to Montgomery Inn staff, the room was originally set up for 125, but rapidly filled and was expanded, adding tables to seat 180.  Best crowd estimate was 200 – 300 attendees; however the group ebbed and flowed. 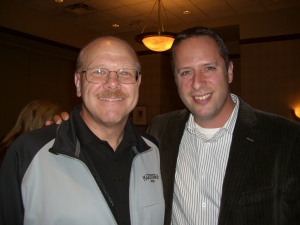 Monzel summed up the election saying, “It comes down to three words – Ohio, Ohio, Ohio.”  Emphasis was on early voting and the importance of voting down ticket races – voting the entire ballot.  Wilson stressed the impact of phone calls and door to door contact, referring to his 2010 loss to State Rep Connie Pillich by a handful of votes. 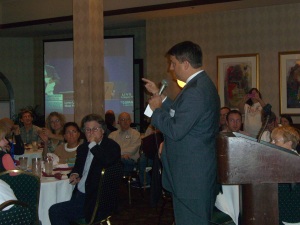 Special guest and former Bengals star Anthony Munoz talked about his concern for his children’s and grandchildren’s future and his perspective as a small business owner.  Munoz said he wants to leave a better country and future for his kids.  Munoz went on to say that former Bengals head coach Sam Wyche “did not blame previous coaches.”

Ohio continues to get its share of limelight and media coverage.

Author Byron York, chief political correspondent for the Washington Examiner, FOX News contributor, and conservative columnist attended and observed.  During our brief conversation, he disclosed his tried and true tools of the trade to detail information for his columns – notepad, pen, and digital recorder.  (Extra batteries required)

After the debate wrapped up, one fellow viewer observed of Obama, “You’d think he wasn’t president for the last four years,” responding to the President’s statements about his own record on the economy and foreign policy.

To undecided voters, realize President Obama has a record to run on.  He’s no longer a blank slate as far as governance.

Obama has not articulated a plan for his next term.  He has not balanced a budget.  Do Americans want more of the same, a prolongation of the last four years?  He has resorted to talking points from the right, while governing from the far left, including cuts to the military, passage of Obamacare, runaway government spending, and massive national debt.

The president is asking for a continuation of what he started.  No details, no plan, just more of the same. That is the plan. You know what they say about the definition of insanity.

Mitt Romney skillfully used the economic crisis at home to illustrate America’s weakness and perception in the world. He displayed the characteristics of commander-in-chief, remaining above the fray,  to Obama’s tight-lipped, defensive uncertainty, petulance and outright accusations of lying.

With independents and women voters still in question in swing states including Ohio, much of the debate performance and points were aimed at those groups, carefully steering the foreign policy discussion from war to diplomatic measures.  Romney avoiding engaging the President on the subject of Libya.

Mitt Romney accomplished his goal by appearing expansive, diplomatic, and presidential, portraying Obama as petty without actually saying so.  Romney showed Obama to be a stranger to the truth without actually calling him out as a liar.

Obama stepped up to prove him right, contradicting his own recent actions and policies by declaring his support for Israel,  reversing military sequestration plans, discontinuing the space program, and concern about the threat of Iran’s nuclear capability.

Bob Schieffer did a reasonable job as moderator, mostly staying out of the way, while deftly moving the debate, and redirecting to remain on topic.  According to Fox News, Obama had 42:11 and Romney 41:30 of debate time, probably the most balanced time of all the debates.

Some crowd favorite quotes from the debate:

Mitt Romney took the high road, showing leadership and inspiration.  He demonstrated a measured, reasonable diplomacy by refusing to engage the president on Libya. He remained calm, smiling, and confident. He expressed hope, inspiration, optimism, principles, freedom, opportunity, and leadership by maintaining “America as the hope of the earth.”

Do we want four more years of the same, or a new direction and plan?

Over the past four years, we’ve seen what the President has to offer.  His “likeability” is wearing thin. We can’t vote the same way and expect a different result.   Hopefully, the American people, and the undecideds,  will vote their conscience and their values in November. 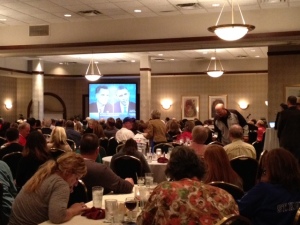 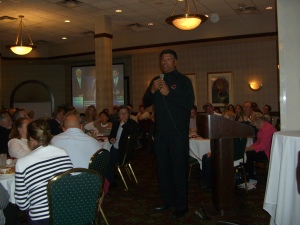 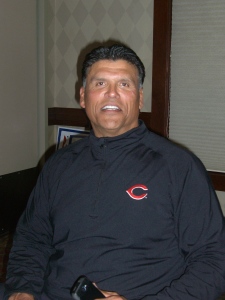 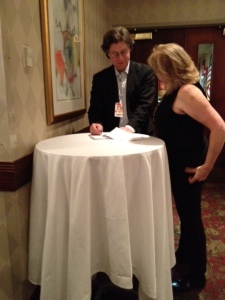